Understanding the benefits of Office 365 vs Office 2019

Office 365 and Office 2019 are, on the face of it, much the same product. The headline difference between them is that Office 365 is an online product, albeit with some offline capability whereas Office 2019 is a standalone product that does not require the internet to work, but can (currently) integrate with some of Microsoft’s cloud services.

There are, however, a lot of less obvious differences, which can really add up, so it’s important to pick the right one for you. Here is a quick guide to help.

How you pay for the products

Office 365 is a subscription product. Office 2019 is a one-time purchase product. This means that, theoretically, you could end up paying more for Office 365 than you would have done had you just purchased Office 2019.

In practice, however, most companies prioritize their cash-flow. They would therefore probably accept paying a bit more in exchange for being able to replace awkward capital expenditure with manageable operating expenses. What’s more core office software is likely to be a tax-deductible expense which makes it even more bearable.

Similarly, the subscription-based nature of Office 365 can make life massively easier for companies that have fluctuating numbers of employees, for example, depending on the time of year. You can just take out a new subscription when you take on a new worker and then cancel it when they leave. This is massively more flexible than Office 2019, a fact which is increasingly appreciated by modern companies. 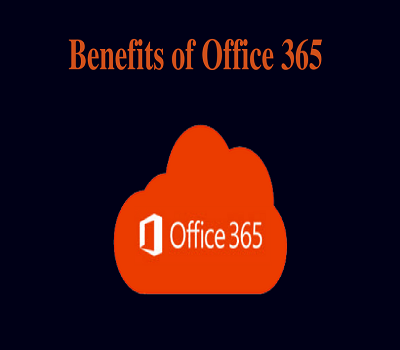 Office 365 is sold on the basis of per-user accesses. This means that the designated user can log into the online portal from any device (provide it meets certain hardware specifications).

Office 2019, by contrast, is installed on a specific computer and can only be used on that specific computer. It can, therefore, be easily seen that Office 365 is by far the most sensible solution for companies that value flexibility of working.

This flexibility isn’t just about location (although that’s probably the main attraction). It also means that companies can accommodate different hardware preferences. For example, you could have PCs, Macs and Chromebooks all running alongside each other according to user preferences (and budget).

How users get updates

The reason it’s hard to make direct comparisons between the cost of Office 365 and the cost of Office 2019 is that Office 365 receives ongoing updates to improve its functionality, whereas Office 2019 does not, it only receives security updates. On the one hand, you could argue that the updates to Office 365 are only worth the money if you actually use them. On the other hand, Microsoft has literally built its business on grasping what its customers want and delivering.

How the products connect with cloud services

Office 365 operates through an online interface and integrates very closely with some of Microsoft’s other cloud services such as Microsoft-hosted Exchange, OneDrive storage and Skype for Business. There is also some (very limited) integration with third-party cloud services. Office 2019 currently integrates with Microsoft’s cloud services, but only during its “mainstream” period, which will be up until October 2023.

Microsoft has been quite open about the fact that it sees Office 365 as the future and wants to encourage customers to migrate to it. One very possible approach to doing this would be to sell its standalone Office product as being purely for offline use and charge extra for the ability to integrate with its cloud services.

How the products work offline

Consistency and reliability are far more important than speed (although you don’t want your network to be too slow). Basically, you need users to be able to work without interruptions due to network jams or outages.

In the early days of Office 365, this requirement might have been a major issue, at least for SMBs, which were the initial target market for Office 365. These days, however, even SMBs should be more than capable of supporting the necessary network connectivity.