What do you need to know about cloud data backup in Elk Grove?

Some legacy hardware has desirable, vintage appeal, so people hold onto it for the nostalgia factor. Backup tapes are not amongst them. Most companies, especially SMBs, are only too glad to say goodbye to them and switch to cloud data backups. With that in mind, here is a quick guide to what you need to know about cloud data backup in Elk Grove.

Consider The Below Steps While Cloud Data Backup

In really remote areas (like Alaska), there might still be a case for sticking with backing up data to physical devices due to concern about the quality of the available internet connection. That, however, is highly unlikely to apply in Elk Grove. What may, however, still be a legitimate concern is the amount of bandwidth which can be eaten up by data backups and restores. There are, however, a few ways of dealing with this.

The first, and possibly the most obvious, is to make sure that they are performed out of hours, or at least when your network is at its quietest. This doesn’t necessarily involve paying in-house staff overtime (or arranging shifts), a good cloud data backup partner in Elk Grove will be able to help.

Last but not least, compression can help to reduce the size of the files you upload, especially if you have a lot of “bulky” media such as video and images. 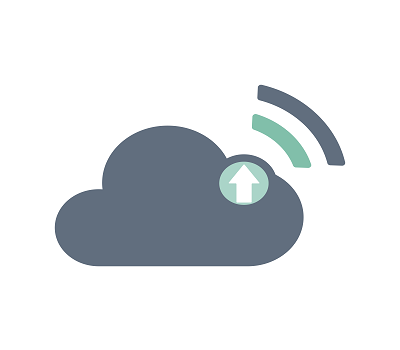 2. It may be possible to backup sensitive data to the public cloud

The alternative, of course, would be to use a second private cloud and while this could be more expensive, the cost would have to be looked at in the context of the extra options it could offer, in particular as a disaster-recovery solution.

While a cloud data backup is the foundation of a cloud disaster recovery solution, it’s far from all that’s required. You also need to think about how users are going to access and work with the data. If you’re able to use a public cloud, then you could potentially have an all-in-one solution there. Just decrypt your data and make sure that you have everything you need to go alongside it, for example, an operating system and applications. Make sure that this is well-tested before you rely on it for real.

This does, of course, raise the question of whether or not it would be sensible just to backup to this private cloud in the first place and the answer to that question would probably boil down to how much extra it would cost (as compared to backing up to the public cloud) and how much convenience you would gain by this approach.

4. You need a strategy for deleting your data backups

If you are holding sensitive data, then you will probably be mandated to keep it only for as long as it is needed (and even if you’re not, it’s a sensible policy). If you’re not, then, in principle, you can keep your data backups for as long as you like, but you’ll be paying for storage all that time, so it makes sense to delete them once they are out of date.