What do you need to know about cloud data backup in West Sacramento?

Data backups are a way of storing data for the specific purpose of being able to recover it if necessary. This is different from data archiving, which is storing data because the data is considered to be valuable and may need to be retrieved at a later date. If you’re using the public cloud then the chances are that your vendor will be backing up your data automatically. If you’re using a private cloud or your own data centers, then you will need to sort out your backup process. Here is what you need to know.

How The Data Backup have Functioned?

Regardless of what form of IT infrastructure you use, the basic process for a data backup is as follows. Decide whether you’re doing a full or partial backup. If the latter, identify the data to be backed up. Collect, compress and encrypt it. Then move it into your chosen form of storage.

For the sake of completeness, partial backups can be incremental (only data which has changed since the last backup) or differential (only data that has changed since the last full backup). Interspersing full backups with partial backups can be a good balance between saving time and hassle when performing the backup and saving time and hassle on the occasions when you need to restore from a backup.

There are several different options available for performing data backups

Your specific IT infrastructure will, of course, make a difference in how you transfer your data from your system to your chosen storage. The main options are as follows. 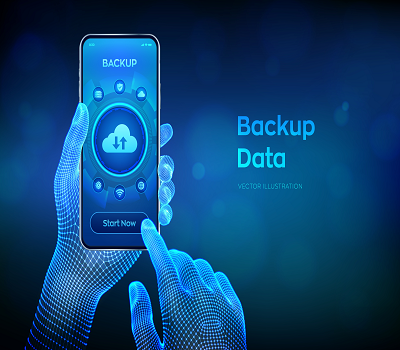 Backing up directly to the public cloud. This is when you run your systems but use a public cloud service to hold your backups. It can work very well but is not necessary as simple to implement in practice as it sounds in theory, especially not if you’re handling sensitive data.

Backing up to offline storage. This is the “old-school” way of performing backups and it still has its uses, although these days most people would say it’s best used as a secondary backup of your main backup, which would be a cloud backup.

Backing up to a private cloud. This is now a massively popular solution as it provides both security and convenience. In principle, you can backup to a private cloud by sending hard copies of your data to a cloud data backup service provider, who will upload them for you. In practice, this typically only makes sense either for the very first backup or if you are still running legacy infrastructure (and not even necessarily then).

If you’re running your private cloud, then you can just do a cloud-to-cloud backup. There are both software and hardware solutions for making this happen and they are both cost-effective and straightforward to use. You also have the option of employing a cloud data backup vendor to take care of the practicalities for you.

The law and cloud data backups

Laws can and do both vary by area and change over time. This means that companies need to do their own research and make sure that they keep up to date with any changes. There are, however, two general principles to bear in mind. The first is that laws and compliance programs tend only to refer to sensitive data, which generally means personal data, but that this includes data belonging to your employees, not just your customers’ data. Secondly, if data is handed to you then legal accountability will probably rest with you, not any vendors you employ.

In other words, whenever you hire any vendor who will (or even may) have any sort of access to any sensitive data for which you are responsible, you need to make sure that they will treat that data with at least as much care as you would yourself. It would be nice to think that vendors would do that without being forced (and to be fair, reputable vendors generally do), but it’s strongly advisable to make sure that this is backed up by an enforceable contract.

One of the major advantages of working with a data backup service in West Sacramento (or at least in the local area) is that both you and your vendor will be working to the same set of local laws and regulations and hence and issues between you will be settled by your local courts/regulators.