What is the definition of managed network services?

Managed network services are the network applications, infrastructures, and services that IT services can operate remotely. And MSP services maintain it.

Managed network services, as their name suggests, can take care of anything and everything to do with maintaining the health and security of your network. Here is a quick guide to what that means in practice and how it benefits your business

The main priority of a managed network service is to keep a network running smoothly. This may seem like stating the obvious, but it’s probably impossible to overstate the importance of a stable and reliable internet connection to the vast majority of modern businesses, especially SMBs, many of which are now either cloud-native or very much cloud-first.

Public (and private) clouds have brought all kinds of benefits, but the shift to the cloud does mean that a reliable and robust network connection has moved from being a “nice-to-have” to being essential. Added to this, there is the fact that modern businesses are now often running all communications through their network, rather than through legacy infrastructure. For example, in a business environment, VoIP phones are very much taking over from traditional “landline” phones”.

Public (and private) clouds have brought all kinds of benefits, but the shift to the cloud does mean that a reliable and robust network connection has moved from being a “nice-to-have” to being essential. Added to this, there is the fact that modern businesses are now often running all communications through their network, rather than through legacy infrastructure. For example, in a business environment, VoIP phones are very much taking over from traditional “landline” phones”. 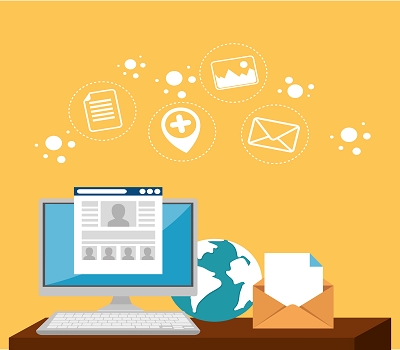 Effective change management can be a significant benefit of using a managed network service. First of all, it makes it feasible for changes to be scheduled when best suits your business, rather than when your IT team has time to deal with them. Secondly, it facilitates effective benchmarking.

In other words, it makes it easier to know whether or not the change has delivered an improvement and if not what needs to be done about it. This may mean simply rolling back the change, at least in the short term, which means that it can be very helpful if someone has remembered to record the old network settings. For a managed network services company, this is all part of the standard process, for an in-house IT team with all kinds of demands on their time, realistically, it is something they will do if they remember.

As networks have become increasingly fundamental to doing business, network security has become increasingly important to ensuring the survival of a business. This can pose a challenge to SMBs who may struggle to recruit and retain IT staff of any description and may find it almost impossible to recruit and retain network security staff as there is a global shortage of them. For some SMBs, therefore, using managed services may be the only pragmatic option for protecting their networks.

A bonus of using managed network services is that their guidance can go a long way to keeping SMBs on the right side of compliance programs. Regulators and other enforcement bodies often want to know not just what a company did, but why it did it. Essentially, they’re looking for evidence that will allow them to determine whether or not a company acted reasonably given its situation.

The very act of signing up with a reputable managed network service partner can be a plus point with regulators because it shows that a company is aware of the importance of network security and has taken steps to compensate for its lack of knowledge by partnering up with a subject matter expert on the topic.

Companies should generally aim to enhance this by ensuring that all network-security-related decisions are well-documented. This means documenting not just the decision itself, but also the thinking behind it. Think of compliance as being a bit like a math problem. Even if you get the answer wrong, you may still get credit for showing your work. This can make the difference between a reprimand and a sanction, or at least the level of the sanction.

3. Improving the quality of the service

When it comes to managing a network, quality of service generally translates as “the speed with which packets of data are transferred across a network”. It would be lovely if all services could always be processed with maximum speeds, but in reality, the growth in network bandwidth has corresponded with a growth in demand for network bandwidth.

This means that in practical terms a lot of network management revolves around effectively prioritizing services to avoid bottlenecks and jams. Managed network services providers are highly experienced at this and therefore can usually do so far more effectively than an in-house IT team, always supposing a company actually has one.

Types of Managed IT Services