What are Office 365 Benefits?

How to Understanding The Benefits Of Office 365?

Office 365 is essentially the cloud-based version of Microsoft Office. Its introduction was something of a departure for Microsoft, which has known for focussing on the corporate market. Although Office 365 is perfectly suitable for enterprise use, its many benefits are likely to be most appreciated by SMBs and private individuals. Here are some of them and what they mean in practice.

Tips To Know The Benefits Of Office 365

This may be the single, biggest reason why Office 365 has been adopted so enthusiastically by SMBs and private individuals. Traditional office software requires a significant up-front investment and while this can be recouped over time, that assumes you’re going to need the functionality over a long period.

This was fine for larger enterprises, which could plan their staffing and hence their IT needs far in advance and could also afford “spare” licenses. It was, however, massively inconvenient for many SMBs, which might only need access to programs for a short time, for example at peak periods or for specific projects. 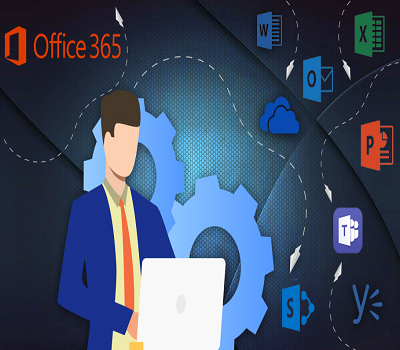 This is another huge win for SMBs, which often lack the resources for in-house IT departments. Office 365 has all kinds of in-built security measures such as the ability to encrypt email, the ability to identify and monitor sensitive information, the ability to wipe data from mobile devices and the ability to scan for and act on threats (such as malicious email attachments). There are many more. Obviously, Office 365 is, ultimately, a productivity suite rather than a security program. In other words, on its own it is definitely not a complete security solution. It is, however, a useful part of an integrated approach to security.

Office 365 is based in the cloud. Possibly the most obvious benefit of this is that people can access it from anywhere. This is becoming increasingly important as work continues to become more of an activity than a place.

Another benefit, which may be rather less obvious, is that offers more flexibility concerning your choice of devices. Although Office software is not the most demanding form of software a device can run, it still requires a fairly powerful device to run it at a reasonable speed. Office 365, however, can be accessed by more budget-friendly devices, including mobile devices.

Anyone can access any file at any time and make changes to it and each user can see who has changed what where and when. If they leave a comment, you can even see why.

An add-on benefit of this approach is that it can vastly reduce the need for emails and certainly for email attachments. Basically, you can just send out one email (or instant message) confirming what you would like to see done by whom and when and leave the people in question to get on with accessing the file whenever they want without causing any issues with versioning as Office 365 will keep track of it all.

The security of using industry-standard software

Industry standards generally exist for a reason and that reason tends to be that in some way they make life easier for the industry. There are lots of ways in which sticking with well-known programs such as Microsoft Office can make life easier for organizations, especially SMBs. To begin with, it’s a fairly safe bet that staff will have at least some knowledge of them, which eliminates, or at least reduces, the need to train them and hence increases the speed with which they can contribute to the organization.

It’s also worth noting that mainstream programs such as Microsoft Office generally have extensive support from relevant third parties, such as educational providers, IT support companies and data recovery companies.

You can mix and match what you need

First of all, Office 365 has a range of pricing plans to suit different types of users. Secondly, enterprises do not have to stick to one pricing plan for all of their users. They can have different levels of access for different levels of need and they can even vary this as a user’s needs change. For example a user might need a certain level of access for their “standard” functions, but every so often they might cover for a colleague or take on a special project and hence require additional functionality for a certain period. Office 365 can accommodate this.

Upgrades are managed for you

In practical terms, managing upgrades is a hassle most IT departments would prefer to avoid and if you don’t have an IT department or a managed IT service provider, then managing upgrades falls on end-users, which brings another set of problems. Alternatively, you use a cloud-based solution such as Office 365 and have the software vendor take care of it for you.