What Is Managed IT Services Provider?

In simple terms, Managed IT Services Providers are a way to have a specialist company take over the day-to-day management of the IT services you need so that you can get on with doing whatever it is that you do best.

Goal Of Managed IT Service Provider

From repair time to uptime

The idea of having third-party IT support is nothing new ie, Managed it Services Providers. In the old days, you’d have your neighborhood “IT guy”, who was only a phone call away whenever something was broken. At the time, these local technicians were often a lifeline for SMBs, which generally lacked the internal resources to deal with these breakdowns themselves. These days, however, companies don’t want to sit around waiting for the IT guy to show up and get them back to work. They just want everything to work, all the time (or pretty close to it). Enter managed IT services.

Keep You Up And Running Successfully

It’s the job of a managed IT service provider to ensure that you never miss a beat. Instead of being called whenever something breaks down, they do whatever they can to ensure that everything they manage stays up all the time. Now, 100% uptime is too much to ask from even the mightiest of managed IT services partners, but the best of them can come extremely close and when they do have downtime it is usually managed downtime for maintenance rather than unexpected outages. 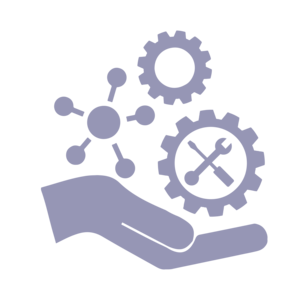 In principle, there is absolutely nothing to stop a company from maintaining these sorts of standards with in-house staff and infrastructure. In practice, the sort of resources this involves are only likely to be available to larger corporates and even they do not necessarily want the hassle of managing everything themselves.

The average SMB simply does not have the sort of expertise needed to achieve the same results and even if they did most managed IT services companies will aim to undertake maintenance work during periods of low demand, which typically means outside of core business hours.

Managed IT services companies recruit staff who know that they’ll have to undertake some out-of-hours work and there’s usually enough of them that this never becomes too onerous, plus they are recompensed appropriately. For SMBs, however, recruiting and retaining IT staff can be hard enough without adding in the complication of trying to find people who are willing to work out of hours regularly using Managed it Services Providers.

In fact, for some SMBs, just being able to leave someone else to deal with the challenges of recruiting and retaining IT staff (who are in short supply and high demand) can be reason enough to opt for managed IT services.

Ensure Your Patches And Updates Happen When They Should

Installing patches and updates is hardly the most glamorous and exciting part of IT, but it can do wonders for your security. It’s common knowledge that many patches and updates are issued for security reasons. Sometimes they are to fix vulnerabilities that have been discovered. Sometimes they are to increase the robustness of the product. Either way, they need to be applied as soon as possible after release and, ideally, with minimal to no hassle to end-users, which again, often points to out-of-hours installs. As with the previous point, managed IT services providers are generally much better placed to manage patches and updates than the average SMB.

Offers The Reassurance Of Predictable Costs

Just as managed IT services deliver predictability (and reliability) of service, they also offer a predictability of costs. It does have to be recognized that this requires the client to be clear about what they need (and want) so they are put on the right pricing plan. Assuming this is done, however, the client can either have an “all-you-can-eat” deal or a subscription plan which covers their core needs with the option to add on extra services according to their business requirements and their budget.

In either case, the client can avoid significant unexpected expenses and also save themselves the hassle of IT-related procurement (and indeed recruitment).

Helps Your Business Get Develop

Even though the day-to-day management of IT infrastructure can be a huge burden to SMBs, the astute use of technology can really help to push businesses forward to the next level. Once a managed IT services partner understands your business, they can inform you of developments in IT which might be of interest to you and that you might not have learned about yourself until much later for Managed IT Services Providers. This can really open up some exciting opportunities you might otherwise have missed.

Get managed services it